Final Crisis 1 - It Goes Like This, The Fourth, The Fifth, The Minor Fall, The Major Lift 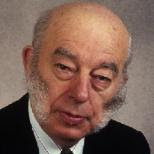 Now that the terrible Countdown has concluded (our long national nightmare is finally over!) I'm hoping we'll start to see more comics of actual substance coming from DC, rather than endless tie-ins and continuity patches to make sense of bad comics which in turn introduce more continuity errors to be patched by more bad comics. Final Crisis is obviously infinitely better than that kind of thing, and Trinity, while (probably rightly) being promoted as totally separate from Final Crisis, looks to be dealing with some of the same multiversal hijinks I love, and by at least competent people. It also looks like it'll feature some of the Big Giant Hand stuff that's been going on at various levels in various comics.

Kurt Busiek has been very impressive recently with his work on the Superman titles. Those titles have been almost a perfect storm of editorial problems recently, with delays, last-minute rewrites, art problems, Countdown tie-ins and continuity changes meaning that not only has Busiek been writing his own title, he's had to write fill-ins for Action, he's had to write fill-ins for himself when there have been art delays, and he's had to write *replacement* fill-ins when fill-ins have been dropped. Despite all this, he's managed to produce work that is at worst decent and at best excellent. Although the strain has clearly shown at times, his work has been some of the best on the Superman title in decades. So I have enough faith in Busiek's reliability to have at least some enthusiasm for Trinity.

So my plan, for now, is that this blog will go back to more-or-less weekly (or more) posts dealing with the various big DC events that interest me - so far this would be all Morrison's work, possibly the tie-ins to Final Crisis and Batman RIP, and at least the first few issues of Trinity and whatever the Wonder Woman Big Event is. This won't be annotations ( Douglas Wolk is doing a fine job of that at http://finalcrisisannotations.blogspot.com ) but reviews and talking about the themes and so on. I'll also be looking back over the next few months at a variety of earlier comics that relate in some way to these titles. In the case of Final Crisis that will be 52, Seven Soldiers, The Filth, DC One Million, JLA: Earth 2, Morrison's JLA, The Kingdom, Marvel Boy and maybe some others. In the case of Trinity I'll look over JLA/Avengers and Syndicate Rules, both of which Busiek has said tie into the story. Those posts will mostly be in weeks when not much new is happening. I'll also continue to review any non-DCU stuff that seems interesting to me as and when it comes out.

This week was possibly the best week for new comics in years. Judenhass (which I've already reviewed a couple of months back) came out, and on top of that three comics by Grant Morrison. The reason it's taken me this long to post a review is because I've spent every second since Friday just running around saying "ohmygod flyingluthoranddeicideandalfredasbrucesdadandsupermandyingandthedeathofthefourthworldandkamandiandaaaa!!!" which I didn't think would live up even to my normal inarticulate level.

I'll be writing this as a couple of separate posts - this one about Final Crisis, and the next one tying it into All Star Superman and Batman, as well as the bigger picture links between Morrison's work at the moment.

Having read a number of reviews of Final Crisis before reading the comic itself, I was amazed to find it is actually one of the best single issues of a comic I've read this year. Most reviews, even those by people whose opinions I ususally respect, have said that it's too slow and that nothing happens. While it's not on the same scale as Crisis On Infinite Earths, and there's comparatively little Action (in the sense of things blowing up and people punching each other), the story is full of events and ideas.

(Some people, incidentally, have also complained that the events here don't match up well with/lose impact when placed alongside the execrable Countdown. That may be true, and is a fair criticism to lay against DC editorial, but not against the creators of this comic, which was apparently written before the terrible Countdown even started. Presumably whatever the events were in the egregious Countdown, it was what Morrison was talking about when he complained of the New Gods being 'passed around like herpes').

But really, seriously - 'nothing happens' is simply not a valid criticism here, in a story where huge swathes of the DC Universe come together in new combinations, bringing out thematic links that were never there before.

You've got a reworking/revisiting of the Kirbyesque New Gods as Eternals as Von Daniken Chariot Of The Gods stuff from Seven Soldiers with Metron as Prometheus, bringing The Human Flame (divine inspiration, as well as literal fire). Is the Prometheus angle going to tie in later with Frankenstein (who appears later in the series). The Human Flame is also the villain that kills Martian Manhunter, and fire is being linked throughout with both death and creation - fire representing chaos as well as inspiration (this ties in with a lot of the stuff in Seven Soldiers).

Death through fire always inspires thoughts of the phoenix, and rebirth, of course.

The Green Lanterns have a *code* for deicide! And note the death of Orion - the 'God of War', at the same time as the death of J'onn J'onzz, the last survivor of Mars, named after the God of War. And of course Mars is the Fourth World in our solar system, and this story is about the destruction of the Fourth World and its rebirth as the Fifth.

Incidentally, a lot of Morrison's previous work, especially The Invisibles, has referenced the idea that there will be a big change at the end of 2012, an idea that seems to come from lots of sources (pop-anthropological looks at Native American beliefs combined with now out-of-date predictions about information and technological growth). Part of that comes from what has been reported (in various new age sources whose credibility I haven't got the knowledge to verify - I'm talking in these bits not about what I believe to be true but about ideas Morrison has drawn on) as a Hopi belief that we are now living in a Fourth World that is about to change to a Fifth World.

Looking around for information on this (which Morrison may or may not be drawing upon, but I suspect he is) Hopi rituals relating to this change apparently include a 'new fire ceremony', and there is this rather interesting bit from Wikipedia:

"The coming Fifth World (where our present World is presented as the Fourth) is said to arrive following a cycle in Nature affecting our entire Solar System, where our Earth births an Egg (Mystery Egg, Hidden Egg) and then moves "up" within our system to reach its crowning place. All of the Earth's life is then said to be "raised" to its perfected-eternal form. Some tribes refer to this period of change as "Purification Time." During this period of Purification, Time is said to change where we must choose between the natural Time we have now upon our Earth (meant for us) and an unnatural Time structure which removes us from Nature and our opportunity to reach the Fifth World. It is told that everyone will have to choose between the two Time frames-- one leading to the Fifth World with our Earth, and the other (which will be very alluring, deceiving many) which will remove us from our Earth, taking us to oblivion."

I would be very surprised if these ideas didn't come into play as Final Crisis continues. It certainly *sounds* Crisis-like, doesn't it?

Some other notes on bits of the story:

I do not like Doctor Rapey McRapeRape, and never will, even with Morrison writing him. However, Jones' depiction of Mirror Master is absolutely wonderful. Looks like Terry Gilliam playing him.

The stuff with the secret society ties in with JLA:Earth 2, which I will look at soon. Also, Grodd's expressions are drawn perfectly.
"I am not averse to the taste of human flesh, sir!"
Damrung brand phone!

Orion appears to have 'infected' Terrible Turpin with a bit of his own essence.

More on this tomorrow, as I have a LOT to say about this. I've not even really touched on the plot, or all the things that echo back and forth between this and Morrison's other works, or the art. But this issue is so densely packed with meaning and resonances without even getting into that that I'm having difficulty seeing how *anyone* could think 'nothing happened'. This is really what superhero comics *should* be.

This has still, of course, been incoherent - I hope that the later posts will be more organised, but this is the kind of comic that sets off my inner fanboy, with my thoughts racing in a million directions. It's exactly the kind of comic the industry needs right now, and I love it.
Posted by Andrew Hickey at 16:23

I really look forward to more posts on a regular basis. Your insights are really great.

"Your insights are really great."

I second that sentiment. A lot of this stuff goes way over my head so such in-depth critical analysis like this is incredibly interesting and informative. Posts like these are a public service and I look forward to more.

I'm usually fairly down on mega-crossovers, even Morrison written ones, but for some reason I had a rush of blood to the head and bought Final Crisis and it struck me as a cracking setup for a blockbuster adventure. I'm suprised to find people thought it was lacking.

I'm less enamoured with the latest issue of Batman. For all the promise of hairy-chested love god, we're right back to the "Batman's just a scared little boy when you look at it" stuff of the last 25 years. Even though I can't actually think of a story that actually did anything similar, I got a "here we go again" vibe from the revelations about the Waynes. I think Morrison was on more interesting territory with Gothic when he implied Thomas Wayne was a martinet not really worth grieving over.

I'm sick of Thomas Wayne anyway. Let's have a Martha-based thing, where she's got a personality instead of just a broken string of pearls.

I've got a toothache, so the above may be more grumpy and negative than it should be.

Gah! that one paragraph about Orion/J'onnz/Mars pretty much blew my brain out. i can't believe I didn't catch that stuff! This is why I read things.

As for the whole 2012-world-ending thing that Morrison loves: the most popular source for that is that December 21st/23rd 2012 is the date when the Mayan Long Count (their unbelievably complex calendar system that runs for hundreds of years) "ends"--by "ends" I mean that 2012 is when the 13th cycle of the Long Count ends, which, based on a misunderstanding of the Long Count, is believed by most people to be when the Long Count itself ends.

My understanding is that at that point the Long Count just... starts over.

In any case, wikipedia no doubt explains the Long Count much more coherently than I just did.